Teen Discovers in Himself the Person He Wants to Be

A caring chapter worker and church member helps a young man see his worth – and it changes his life.

At 13, Alex was getting into trouble. A neighbor had taken him to a Christian Science Sunday School from ages 5-10, but he stopped attending and started hanging out with a “rough crowd,” as he describes it. Between acting out at home, smoking and other harmful choices, he had become someone else. “It wasn’t really me,” he recalls.

He’d made a good friend, though, at Sunday School. Nette Bemis, a member at First Church of Christ, Scientist in Elyria, Ohio, hadn’t lost track of Alex. She made sure he was invited to a DiscoveryBound (DB) Outreach chapter event at her farm – one of several DB bonfire parties she hosts throughout the year. The invitation arrived too late for him to attend, so he went to Sunday School that week instead.

“He’d never let go of what he knew God to be even though he was being taught something different,” Nette says.

Ms. B, as he calls Nette, encouraged him to go to San Francisco for his first DB Outreach weekend trip when he was 15. A month earlier, he had been hospitalized for clinical depression after attempting suicide. “Ms. B told me, ‘You’re going through a lot and I know that you’re afraid to go and be away from home, but just try it. It’s only three days, and it’s almost an escape,’” he says. “I had some of the best memories of my life while I was there. It was just wonderful, surrounded by wonderful people.”

Before the trip, his church friends – most of whom are part of his local DB Outreach chapter – had also wrapped him in this loving embrace when he returned to Sunday School after his release from the hospital. “I had just walked in the door, and they all looked up, and I see smiles across all their faces,” he says. “They all got in a circle around me and they started praying. Each one of them said something that they really love about me. I actually cried that day – it was so touching to me. I still remember what Ms. B said – how much I’ve touched her life as well as she’s touched mine. These are the people that I’ll never forget.”

Last summer, Nette asked Alex to consider being president of their chapter’s teen council. He responded within hours: “I want to do it. I’m ready.” Explaining his quick answer, he says, “I knew in my heart, my gut. It was my time to step up and change who I was.” 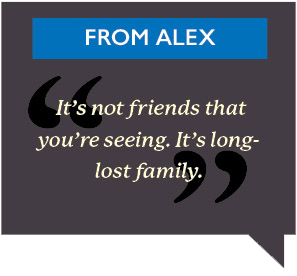 This change showed up in a number of ways, in part through a falling out with his best friend because of a lie someone told about Alex. As he does with most things in his life, he spoke about the problem with Nette, whom he considers “the grandmother I never had.”

“That sort of made me realize, if someone is willing to walk out of my life that easily, then maybe it’s something with me,” he recalls. “I thought, maybe it’s time that I quit the smoking. I quit the anger. I quit blaming everyone else and really started taking responsibility for myself, my actions, and showing people who I really am.”

He did quit smoking, and he no longer takes medication for depression. “I feel so much better about myself,” Alex says.

In his role as teen council president, he took on leadership responsibilities at a regional family event last fall at Ramseyer Farms. DB Outreach Eastern Regional Manager Lori Selby was impressed with his maturity and his love for Nette and the teen council. “He was thorough, paid attention to every detail, made announcements during the event, ran mixers and get-to-know-you games with the other teen council members, and greeted everyone when they arrived,” she recalls. “He was committed and dedicated in supporting DB.”

The event made a strong impression on Alex. “I thought to myself, you know, that really felt good,” he explains. “I felt really good about myself, and I want to keep feeling that.”

This feeling is what keeps him coming back to chapter events. “Every time that I go, I always get butterflies in my stomach thinking to myself, no matter how many times I’ve gone or the fact that I know it’s not true, no one’s gonna like me,” he says. “But that never happens, because I get back and it’s not friends that you’re seeing. It’s long-lost family.”

Although in his young life he’s had some “dark times,” as he describes them, he’s grateful for what they’ve taught him. “Now that I’m out of that stage, I’m thinking more clearly,” he says. “I’ve turned to God and said, ‘You take control. You know what’s right for me. Just, please, lead me in the right direction’ – and I’ve listened. I’ve finally opened my ears to what Ms. B., all the other people in my life – and God – have been saying.” 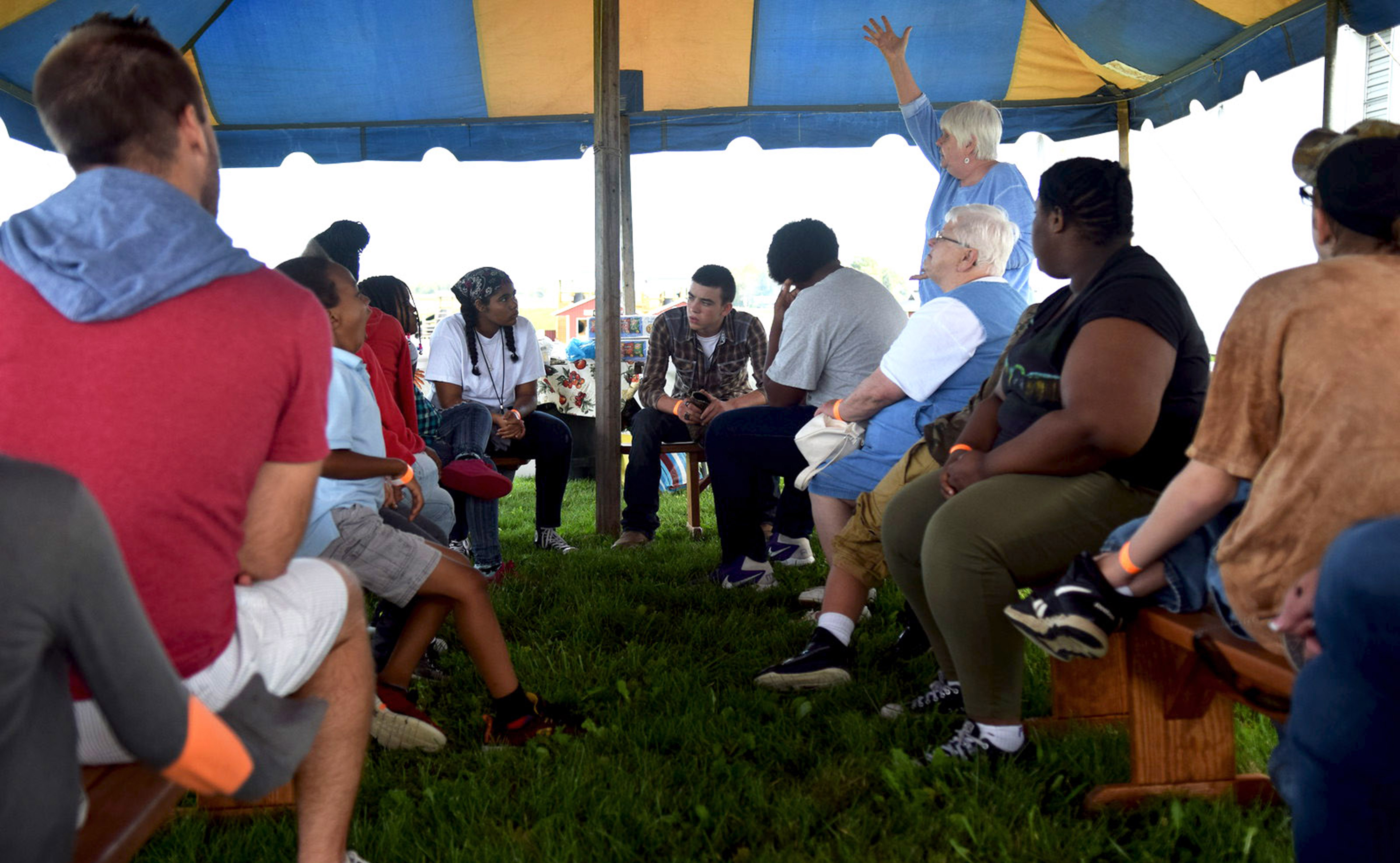 DiscoveryBound Outreach is a community program that provides local activities for all ages, regional retreats and national teen weekends for Christian Scientists and their friends.