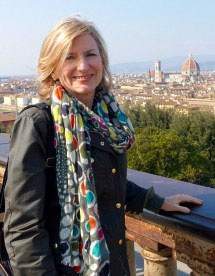 Joy Anderson
Joy’s first connection with Adventure Unlimited was through the A/U Young Adult group in Southern California in the mid-1980s, but her first visit to the A/U Ranches wasn’t until years later when she attended her first DiscoveryBound Leadership Conference as a chapter worker in 2006. Her family had moved to the Atlanta area in 2004 and she was working to revitalize the DiscoveryBound (DB) chapter there.

All three of Joy’s children attended many of the national teen leadership programs, and she often accompanied them, along with other teens from her chapter, as a chaperone. Then, in 2011 she became a class leader in the DiscoveryBound National Leadership Council (NLC). “It was such a privilege and blessing to co-lead the NLC 2015 East class with Alex Rockwood,” she says. “We had a phenomenal group of teens, parents and mentors who made it one of the most rewarding experiences I’ve had. I say one of the most, because two years into the program, I was elected First Reader at my branch church. It has truly been proven to me that ‘all things work together for good to them that love God, to them who are called according to his purpose’ (Rom 8:28).”

Now that her NLC class has graduated and she has finished reading, she’s enjoying spending more time with her family, teaching Sunday School and continuing to serve on the Board of the DB Atlanta Chapter. 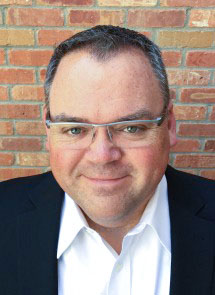 Steve Chitwood
Steve started his journey with Adventure Unlimited in elementary school, when his family started joining the Service Weekends over Memorial Day at the A/U Ranches. He was active with the local A/U chapter and was a Round-Up Ranch camper before joining the summer staff as a CIT. Over the next 10 years, he was a horsemanship counselor at Sky Valley Ranch (SVR), corral program head, wrangler, rafting staff, rafting program head, Christmas camp staff, off-season ranch hand, and even a cook one winter. When asked, he confessed, “It’s difficult to think of a memory that doesn’t connect in some way to camp, either directly through the great experiences there or indirectly, involving a member of the A/U family that still dominates my core circle of friends.”

Steve is grateful for lessons about trust that came from his camp years – trusting divine guidance, learning to trust those around him, being empowered by the trust of others, and learning the responsibility demanded in honoring another’s trust.

Steve’s career focus has been in the field of digital marketing and technology. In the past years he has managed digital strategy and operations for several advertising agencies as well as led the ecommerce and digital business for a handful of corporate brands. Currently he leads the digital marketing consulting practice advising global 1000 companies for Mindtree, a technology services company based in Bangalore, India and Warren, New Jersey.

Though he travels extensively, he spends many of his hours in airports and on airplanes daydreaming of fly fishing at home in Colorado and playing with his family. Steve’s wife, Amie, works in the Adventure Unlimited HQ office in Greenwood Village, and his two sons are avid SVR campers. The Chitwoods live just south of Denver in Castle Pines.

Laurie (Thayer) Richardson
Laurie has had a connection with Adventure Unlimited for several decades. She attended Round-Up Ranch for four summers in high school, majoring in horsemanship each session, and returned for two summers in college – one as kitchen staff under Nellie Determan’s sharp eye, and the second summer as a wrangler at Round-Up. She also volunteered for two winter Stampede ski weeks and has attended all five of the reunions held at the A/U Ranches.

After graduating from the University of Minnesota, Laurie went on to a career in the corporate travel world, and enjoyed the fast-paced, detailed work, along with the perks of being able to travel around the globe. Later, she worked in the legal field for 11 years in the Midwest before moving to Denver last summer to accept a new position with the foundation at Adventure Unlimited’s headquarters.

Laurie’s daughter, Brittany, also has a love for horses, and spent 10 summers at the Ranches as a camper and wrangler. Laurie enjoyed being a bunkhouse mom for two summers when Brittany was young, and the two of them returned for Christmas Camp in 2010, working together in the corral to take guests out on horseback rides.

“Adventure Unlimited has always felt like home,” Laurie says. “My summers at the Ranches grounded me in Christian Science, as I turned to God and witnessed the results of His love and protection every day. I feel so blessed to be able to return to Colorado and be a part of continuing Cap and Marianne’s legacy of making a difference and changing people’s lives!”

Laurie enjoys running, skiing, traveling with her daughter, and soloing at several of the Christian Science churches in the Denver area.