Zipline catches up with alumni from the A/U Ranches and DiscoveryBound programs, including three of the eight new members on Adventure Unlimited’s National Alumni Board. 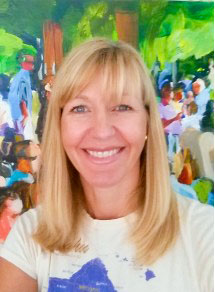 Lissa Hedlund Murphy
Lissa was a camper at the A/U Ranches in the 1980s and a counselor from 1990-1992 (always in corral, except for the year before she became a CIT when she did mountaineering to see what it was like…just as she suspected: mountaineering overnights were easier than horse overnights.) She was also very active in the predecessor to DiscoveryBound (DB) Outreach, the A/U chapters. She has been the DB Outreach lead in the Washington, DC/Maryland/Virginia area for the past 15 years.

Lissa is thrilled that her kids, 14-year-old Owen, 11-year-old Luke, and 6-year-old Peter also love DiscoveryBound and camp. Owen is also a freshman in DiscoveryBound’s National Leadership Council (NLC). Lissa mentored two NLC teens, one in the 2010 class and one in the 2017 class.

In between all that, Lissa earned degrees in physics and statistics, married her abroad sweetheart, who she met while studying in Scotland, and is gainfully employed in the satellite industry helping the government decide what satellites to build. She is looking forward to being a bunkhouse mom next summer when Peter starts camp. “Adventure Unlimited is doing so much good for Christian Science youth… between DiscoveryBound’s programs – Outreach, NLC, and Compass – and of course the A/U Ranches, I can’t think of a better cause to support to protect the future of Christian Science.” 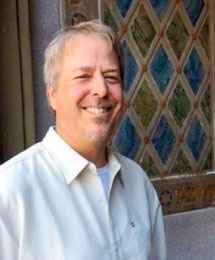 Floyd Jones
Floyd was a young lad of 15 when he first went to the A/U Ranches as a camper. He admits that, at that time, he was a bit of a troubled teen going in the wrong direction. But the experience changed his life.

“It gave me a whole new sensibility,” he says, “and a completely new way of looking at the world through a spiritual lens. I felt like a better, stronger person through and through.”

Fast-forward 11 years to when Floyd returned to the A/U Ranches for three consecutive summers (on vacation from his job in Washington, DC) as a counselor and bunkhouse dad at both Sky Valley and Round-Up. He experienced a whole different set of blessings.

“When you help a kid who’s paralyzed with fear get through the ropes course, or get back up on the bike after a nasty fall with a big smile on her face, that was true joy for both the kids and for me. That’s the power of following a spiritual compass.”

Later, Floyd traded camp kids for his own family. All three of his children have had fantastic experiences at the A/U Ranches. His youngest daughter is college-bound next fall.

Professionally, Floyd’s been in the software business for more than 20 years. He currently leads a documentation team for a large start-up company. On the side, Floyd loves to cook and dabble in creative writing. His first novel, a young adult sci-fi called Blueberry, is being published this month through Wooden Stake Press.

The Joneses live in Evergreen, Colorado, a half hour west of Denver, where there are more elk than people.

Meet some of the newest members of your National Alumni Board: 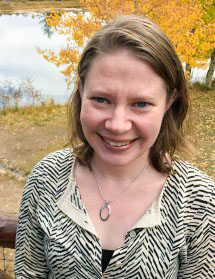 Sarah Andrews
Sarah currently lives in Waynesboro, Virginia, and is a visiting assistant professor of political science at Mary Baldwin College for the 2016-2017 academic year. She just completed a PhD in political science at the University of Virginia, specializing in African politics. Prior to graduate school, Sarah served as a Peace Corps Volunteer in Burkina Faso, West Africa.

Sarah attended the A/U Ranches as a camper, counselor, assistant camp director and family camp staff. Adventure Unlimited has played a central role in her personal development and practice of Christian Science, and she is so excited for the current and future program participants and staff getting to experience the fun and growth that Adventure Unlimited provides. Sarah is the granddaughter of Cap and Marianne Andrews. 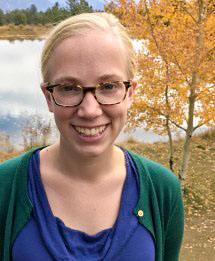 Virginia Early
Virginia works for the California State Legislature as a nonpartisan budget and policy analyst covering early childhood education issues. She holds a masters of public administration from the Syracuse University Maxwell School and a bachelor’s degree in liberal arts from St. John’s College in Annapolis, Maryland. In her free time, Virginia likes to swing dance, spend time outdoors, travel and read good books. She also serves on the child care committee at her branch church in Sacramento.

Virginia has attended many national and international DiscoveryBound (DB) Outreach events over the years. In high school, she attended more than 10 national and international events, including a two-week trip to Australia and multiple trips to the A/U Ranches. While the bulk of Virginia’s camp experience was at other camps (five years at Kohahna and one year at Crystal Lake), she attended the A/U Ranches as a camper in 2006, where she was a rafting major. More recently, Virginia has chaperoned at countless DB Outreach events and has also run DB Outreach events for young professionals who are Christian Scientists in the Bay Area. She looks forward to supporting the work of Adventure Unlimited as a member of the alumni board! 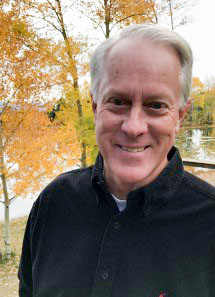 Mark Strickland
Mark lives in Rancho Santa Margarita, California, and runs a company that teaches stock market investing. He’s a member of First Church Newport Beach and has served church over the years in every capacity available. He is the chairman of the Orange County Joint Lecture committee, where the 12 Orange County churches spearhead a double lecture day event each year at the local college.

Mark plays tennis all year and snowboards in Colorado and Utah in the winter. He is also very involved in playing in a country blues band called Louisiana Blue and sings at church-related events with the harmony vocal group, Write It in Their Hearts.

He first attended the A/U Ranches as a nine-year-old with Cap and Marianne, when Sky Valley was the boys camp and Round-Up was for girls. He was a camper on and off over the years and served as staff during a number of winter stampedes. Later, he brought his three kids to a number of Family Camps and sent them as campers to the A/U Ranches every summer. All three kids later served as A/U Ranches staff for several years and now live in the Buena Vista area.

Mark has enjoyed making sure Sunday School students get to camp and has watched a number of them blossom into A/U Ranches staffers. He’s attended many Christmas Camp sessions and, along with the Memorial Day Service Weekends, finds these programs his favorites.

Are you ready to reconnect with Adventure Unlimited? Learn more about getting involved.